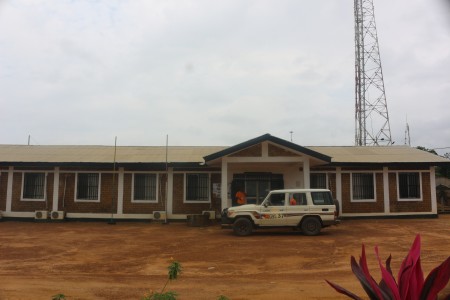 MONROVIA – Golden Veroleum Liberia says its headquarters will fully move to Sinoe end of July 2017 with several staff members in Monrovia reassigned to headquarters office in Sinoe and sub offices in Grand Kru County. GVL will maintain a representative office in Monrovia.

The move is a part of a long standing plan in fulfilment of GVL commitment, which seeks to work with Liberians to take headquarters, real industries and factories to rural communities in southeastern Liberia. As part of the move, GVL will make available transportation from Monrovia to assigned counties and accommodation.

Golden Veroleum Liberia operates a mini mill with an operating capacity of 5 tones per hour. The company’s main mill is expected to be commissioned in July 2017. When completed, the main mill will be the largest oil palm factory in Africa. GVL believes oil palm – which has its origin in West Africa – is being brought home through large scale investment and with huge benefits for Liberia.

In 2009, GVL started exploring opportunities to operate in Liberia with the goal of helping the Liberian government to reduce poverty through the provision of jobs, community development, education and health. Bearing in mind such commitment, GVL is making hope a reality in the Liberian Southeast. Up-to-date, Golden Veroleum Liberia is happy to be the largest user of the Samuel Alfred Russ Port in Greenville, Sinoe County, and the biggest private sector employer in the Liberian Southeast. At least 3,600 Liberians are currently in the employ of Golden Veroleum Liberia. GVL seeks to employ 35-40,000 employees when fully developed in Liberia.